Dr. Michael S. Guss is an orthopedic surgeon, fellowship trained in hand, wrist, shoulder and elbow surgery. He treats upper extremity injuries for patients of all ages. He is a clinical instructor of orthopedic surgery at Tufts University School of Medicine. He is Board Certified by the American Board of Orthopaedic Surgery and holds an additional Subspecialty Board Certification in Surgery of the Hand and Upper Extremity.

Dr. Guss has a special interest in carpal and cubital tunnel release, tendon injuries and disorders, upper extremity trauma, including fractures and reconstruction of the hand, wrist, elbow and shoulder, arthroscopic and open surgery of the shoulder, wrist and elbow, and non-operative treatment utilizing ultrasound guided injections and therapy, including new and cutting edge biologic treatments such as Platelet-Rich Plasma (PRP).

Dr. Guss is an orthopedic surgeon, fellowship trained in hand, wrist, shoulder and elbow surgery. He has expertise in the diagnosis and treatment of all injuries, conditions, and disorders of the entire upper extremity, including both operative and non-operative modalities, for patients of all ages.

Dr. Guss then completed the prestigious Fellowship in Hand and Upper Extremity Surgery at the University of Pittsburgh and Children’s Hospital of Pittsburgh, where he did an additional year of training in the upper extremity – shoulder to fingertip, where he trained under the orthopaedic upper extremity surgeons for the Pittsburgh professional sports teams.

Dr. Guss has been involved in numerous research projects studying hand and wrist fracture care, return to play and performance in athletes after surgical treatment and ligament reconstruction of the wrist and elbow. He has authored multiple medical journal publications in addition to presenting his research in hand and upper extremity surgery at local and national meetings and received a basic science research award at the annual Pittsburgh Imbriglia Hand and Upper Extremity Lectureship for his research on traumatic elbow instability.

Dr. Guss lives in Brookline with his wife and their Goldendoodle, Hudson. He is an avid sports fan and enjoys spending time with his family, hiking, traveling, and being outdoors.

The Athelete’s Hand, Wrist and Elbow 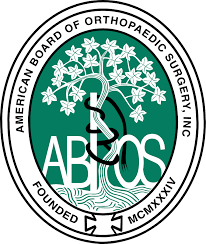