NEW YORK — David Price threw off a bullpen mound at Yankee Stadium for 18 minutes on Thursday afternoon then walked across the field back to the clubhouse with Red Sox manager Alex Cora, pitching coach Dana LeVangie, and head athletic trainer Brad Pearson.

They didn’t need much more time to decide Price would start on Saturday in Toronto.

“He will pitch Saturday unless something comes up the next two days,” Cora said. “That’s the plan.”

“I’m pitching the rest of the year,” the lefthander said.

Get 108 Stitches in your inbox:

Everything baseball every Monday–Friday during baseball season, and weekly in the offseason.

Price was scratched from his start on Wednesday after being diagnosed with a mild case of carpal tunnel syndrome that caused swelling in his left wrist. He has started a treatment plan that will include wearing a brace at night, ice, massage, and dry needling, a form of acupuncture.

Surgery is not under consideration.

“We’re working on it every day,” Price said.

Cora watched Price pitch and came away impressed. He got better as the session went on.

“Sometimes when you’re hurt or when you’re not on top of your game, location is the first thing you lose,” Cora said. “He was very precise. It seemed like he didn’t miss the mitt. As always with him, his bullpens, he throws everything with conviction. It was very competitive . . . That’s why we decided he was OK to go.”

Price said carpal tunnel was something that built up over time and he has required treatment on his wrist at various points of his career.

“It got a lot worse and really aggressive than I ever had,” he said. “It’s something we can take of.”

Price came out of his start on April 11 with a numb hand he said was the result of cold weather. The wrist, he said, is a separate issue.

Dr. Matthew Leibman examined Price at Newton-Wellesley Hospital on Tuesday. The battery of tests included his circulatory system and no problem was detected.

“The lady asked me if I could pitch with a heated glove on and I said, ‘No, ma’am,’ ” Price said.

Price, who went on the disabled list with a flexor muscle strain last season, also had his elbow examined.

“The word they used was ‘pristine,’ ” Price said. “That’s not me. I’m not using any other words. That was the word the radiologist and Dr. Leibman used . . . That was good.”

Price also was checked for thoracic outlet syndrome and that came back negative.

Price was confident the injury was only to his wrist. But he was nonetheless relieved to learn his elbow and shoulder were fine.

Price does not believe speculation that video games are a cause.

“This didn’t stem from any one thing. I’m born in 1985, so that’s the video game generation,” Price said. “Being a Red Sox is the least amount of video games I’ve ever played. Being in major league baseball, it’s a very common thing.”

But Price will stop playing video games at the ballpark.

“That’s already caused enough noise,” he said. “That’s not the issue though, promise you that.”

The Red Sox will not prohibit Price from playing video games.

“The most important thing is going through the treatment,” Cora said. “Just stay with the guidelines that we have in the training room. That’s very important. He has to be on board . . . But as far as his life, he’ll be OK.”

Price by the numbers 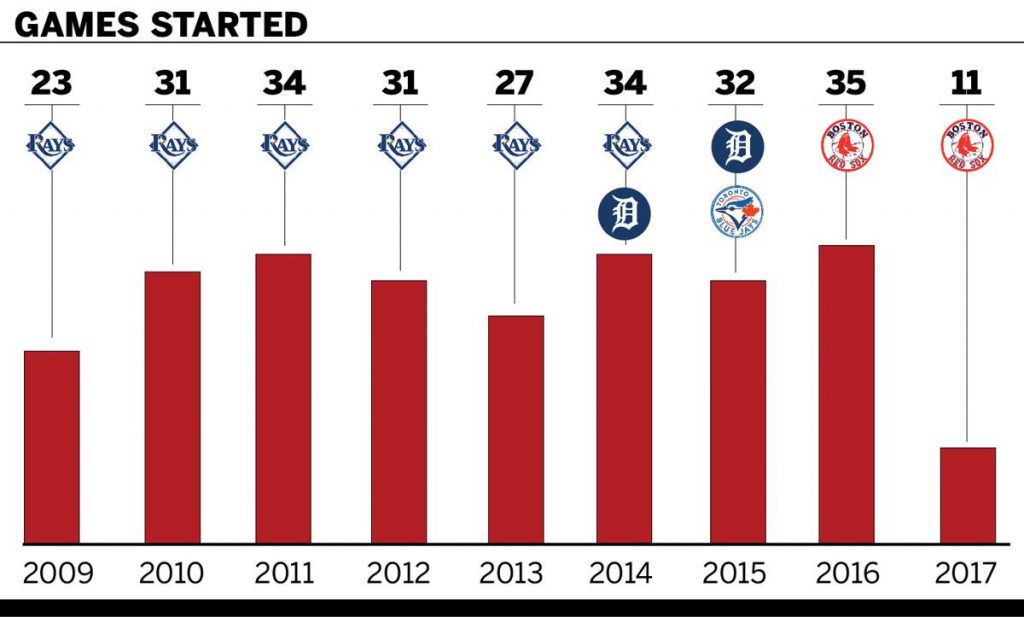